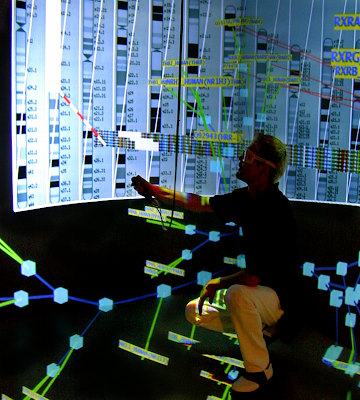 I have published an online tank simulator for both iOS and Android. On the app store it is called Buggy Bang Bang! and was renamed as Six Wheels and a Gun on Google play. Players on iOS and Android can even play each other, as they are all pooled on the same lobby server. I wrote the lobby server code myself using Python.

A neat thing about my networking code (C for the clients, Python for the lobby server) is that it is 100% UDP based. There is not a single TCP connection used, just some UDP packets that get exchanged with both server and opponent's client. Two players playing my game are typically on a LAN behind a router that does NAT (Network Address Translation) and this complicates things. It means that the only way they can connect to each other is to have them both connect to a server on the internet, with a public IP. This server will then see datagrams coming in on some random ports, and can tell both parties what these ports are. This is the concept behind UDP hole punching.

Things go wrong if your router is too restrictive. It may do Symmetric NAT, or Restricted Cone NAT. If this happens, the players will not find each other on the ports as described by their common server. In my game, it will result in two buggies that refuse to move and after 12 seconds, the match will time out and record this as a 'forfeit' by the other party. Moral of the story: if you play my game and the HUD controls don't show up with the buggies just sitting there, then your router or your opponent's router will not play ball. So far my approach to this is: too bad it happens, better luck next time. If you want, read the manual of your router and change the NAT type.

I've been adding a new feature to S.W.a.a.G. that detects restrictive NATs. Instead of pairing up a user with a bad NAT, we nominate two players for a session. If one of them fails to punch a hole in the firewall, the match will not be started. The players are informed of the situation with either of these two messages:

So at least the players will know what is going on. If it is your opponent, you can just retry, and hopefully get paired with another user.
Posted by Bram at 5:46 PM No comments: