Every time that I try to develop for windows (with Visual Studio), I have a hard time. And I do this so infrequently, that I tend to forget stuff too. I now try to make a windows version of Imhotep, Pyramid Builder. Here I will document some gotchas when developing under windows.

If my code were to be C++ I could replace with const references to __m256, but this is C code. So I have decided to not build 32bit versions of my game at all. 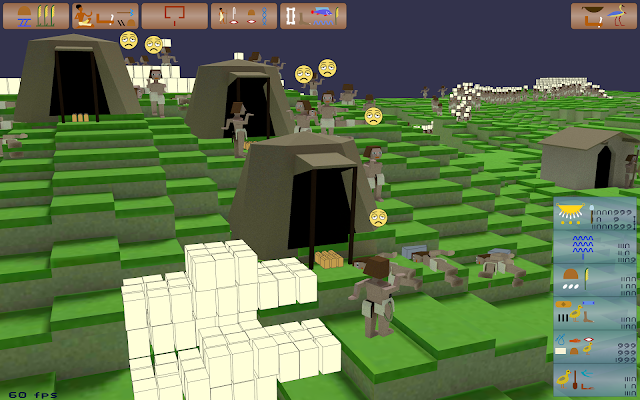 Lots and lots of progress this week. I added the capability for the player to pick up and drop individual members of the crowd, which at the moment also comes handy when a worker gets stuck during navigation. Added spawning from multiple tax offices. Implemented win/lose conditions: you lose when half your population is dead. You win when the pyramid is finished.

I added steam stats and steam achievements. Currently I have these: 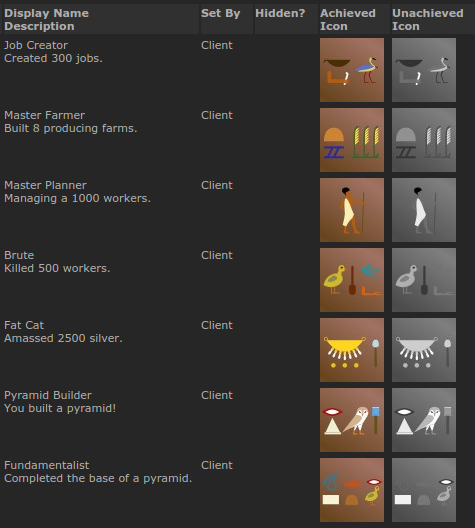 I also added two great music tracks, one for menu music, one for in-game music. Both pieces have a distinct North African vibe to it. So it helps you get into the mood of the Egyptian lands. I must say that adding music to a game prototype does add some legitimacy to the game, and makes it feel more like a complete product.

I've added save/load game functionality. This was a hard one, as I need to track down each little piece of game state, and make sure it stores and restores correctly. It is implemented now, but I'm not sure it's without bugs yet.

And to conclude: I also added sound effects. They are pretty neat. You can hear the workers pickup water, drop water, harvest, drop grain, pickup and drop food, pickup and drop stones. With proper 3D audio using OpenAL. If you zoom out, you hear all the action in the distance. And zoomed in, you hear specific actions. 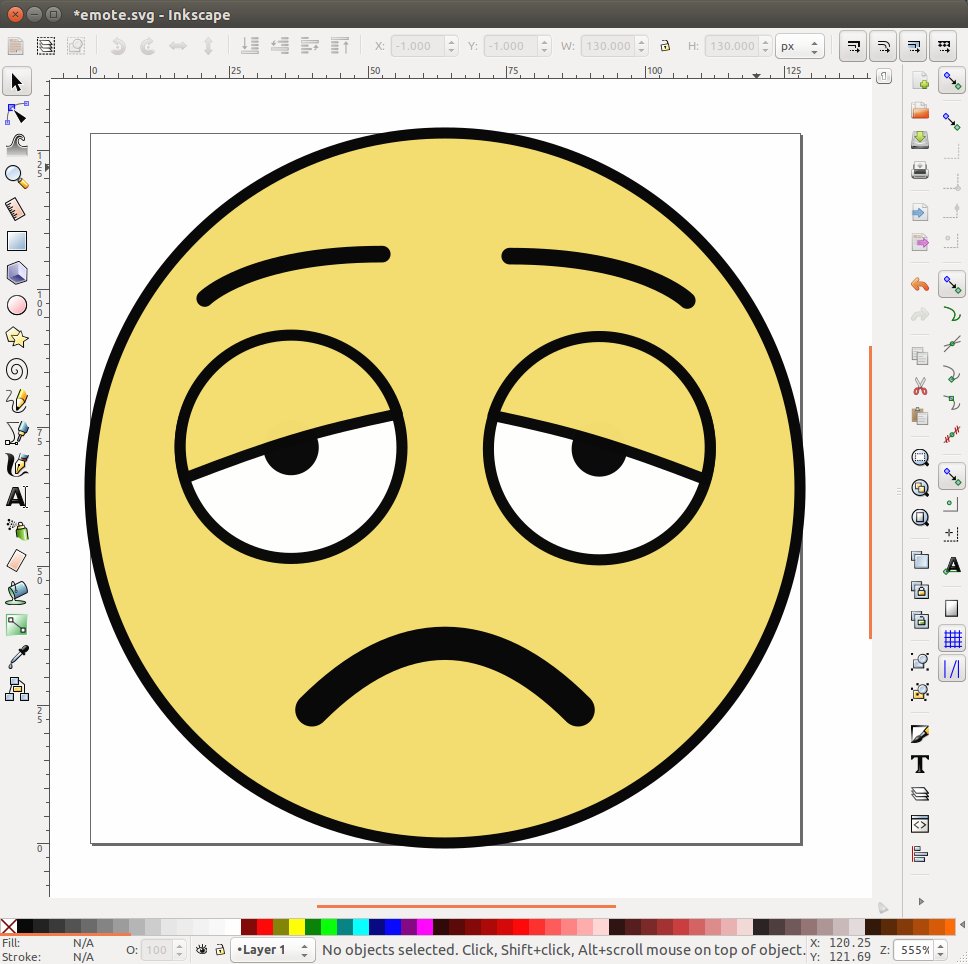 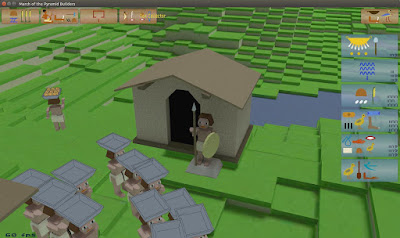 So these hieroglyphs (in this case, read from right to left) spells htr sr. We only know the consonants of the Ancient Egyptians, and the scholars do not know what vowels were in their words. This 'htr sr' translates to Tax Official in English.

The twisted wick is the 'h' sound, the bread loaf is the 't' sound, the mouth is the 'r' sound and the folded cloth is the 's' sound. The man with staff at the end is a determinative, clarifying that it pertains to a person.

Why do I know this? Because my game Imhotep, Pyramid Builder uses a hieroglyphic UI, and I needed to add taxes to my game.

There are some great resources available online to translate into hieroglyphics. There is the book by Charles E. Nichols. And there is this online dictionary. Wikipedia's Gardiner's sign list is of big help too. There are plenty of ancient samples available too. And a quick introduction to transliteration as well.

To create the artwork for my UI, I study a few samples from the antiquities for each symbol. Then I create my own version of it in Inkscape, the SVG editor. I export them to PNG, and convert them to raw images for use in my game.

I am seriously considering not showing the English translation of the UI, by default. So that figuring out the UI becomes part of the challenge. I would add a cheater-mode for lazy people, which enables tooltips with mouse-over so that they know the English meaning immediately.

So yeah, however the game turns out, it is bound to be unique. I don't think there are any other games with a hieroglyphic UI. The game would also stand out on the massive crowd simulator that I implemented for it. Thousands of little workers, each going about their own business. This is courtesy of the Continuum Crowds algorithm, that enables path planing for massive crowds. I partition my crowds in many flow-fields, depending on their current needs (fetch water, deliver food, pick up sandstone, etc.) And the little workers will plan their journeys, based on congestion, preferring to walk with the dominant flow of traffic, not against it, and such. It is quite pleasing to the eye when large crowds are moving. This game is coming to steam in 2016.