I found that programming microcontrollers and designing electronic circuits is so much more fun than modern software development for PC. I have really taken to the hobby. So much so, that I'm beginning to think a pivot is in order.

When I started mobile game development in feb 2009, I was ahead of the curve. So far ahead of the curve, that app-store money was easy to come by. No game engines, no unity available. Everything had to be custom roll-your-own code. The number of people that knew OpenGL and ObjectiveC was near zero. It was good to be at the start-point of the democratization of software development. Fast forward to today, and the market is so crowded, it is impossible to stand out.

Just as the iPhone opened up a cottage industry of app developers, I think there is a new wave that you can ride, that is not very crowded. Chinese PCB factories have made electronics design accessible to all. For $40 dollars or so, you can have your PCB printed manufactured in a small batch. And if you add a few hundred, you can even get the procurement, and placement of the components on your board, for full service fabrication of your design. Not bad!

Hence, the last few weeks, I have been designing electronic circuits using EasyEDA. It's an easy to use, free PCB design tool. I like it a lot, except for the slow cloud operations that it relies on for many of its operations. But kudos to them for providing a Linux client for it.

So far, I have ordered PCB service from both JLCPCB and PCBWay. Those are the two biggest players in the PCB market, both located in China. From JLCPCB I ordered my first design, which was Through-Hole components only, so I could do the assembly myself. From PCBWay I ordered full service PCB with assembly and component procurement included. That was quite a bit more expensive. And that order has not been completed yet, as it still waits for component delivery. The JLCPCB order did arrive already, and is shown below.

I'll go into the actual product that I am designing, at a later time. But currently, the design is getting more and more complex. The second version had SMD components, so I had pcbway do that for me.

Revision 3 had even more and even smaller components, in a QFN-24 (0.5mm spacing) package even! And to make matters worse: at both sides of the PCB. This is because my design is densily integrated and has space constraints, so I needed both sides of the board. As I was preparing my order for assembly at JLCPCB, the site told me that two-sided SMD assembly was not supported. I had to pick one side, which they would do for me. Ugh.

So, I need to reexamine my options. Would SMD mounting be something I could attempt myself? I've always backed away from it, as being too much of a hurdle.

But some makers with SMD DIY videos have convinced me that it must be possible. So I decided to have a go at it, myself! Surface mounting tiny little components on a PCB.

For this, I will be ordering a set of new tools:

In addition of all this, I must make sure that I order my PCBs with a stencil plate. This stencil will help me apply the paste to where it is needed.

In a good fortune of events, the manufacturer of the leading soldering paste is from Canada. Nice! No import duties, and fast shipping.

Oh no! That is too small! 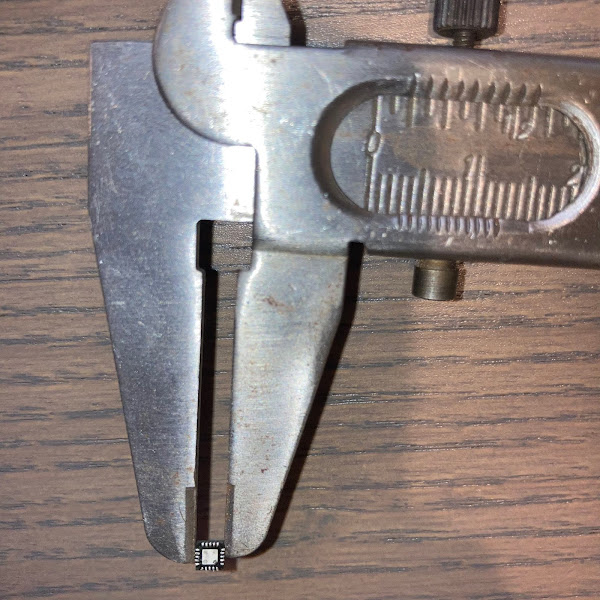